Posted by Jonathan on January 26, 2012 in Blog, Fine Art, Paintings | Comments Off on Atlanta Abstract Painting 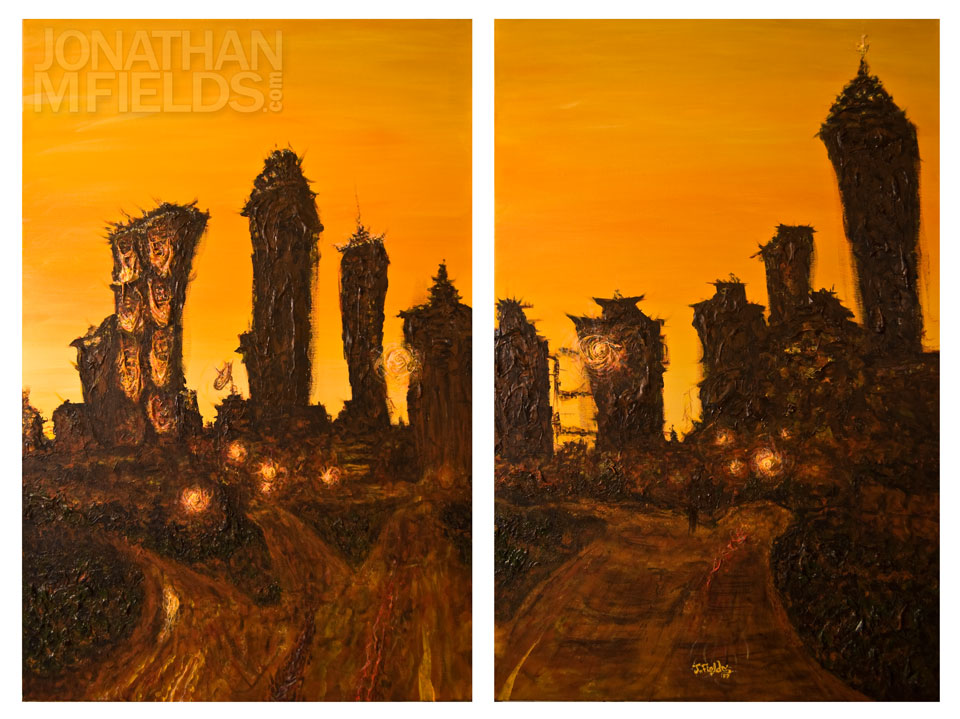 Commissioned and sold to Mike Malin of the Dolce Group

Malin has a number of television credits to his name, including guest roles in Seinfeld, Friends, where he also worked as a stand-in for Matthew Perry. Yes, Dear, Jack and Jill, Monk, The View, and The Parkers.

In 2001, Malin appeared in television reality series Big Brother 2. He finished 8th out of 12 houseguests, and was part of the “Chilltown alliance” – the nickname “chilltown” was derived from the cold bedroom they shared in the Big Brother house – with Will Kirby and Shannon Dragoo. Malin was evicted in week 4, but returned to vote for the winner, Will Kirby in the season finale.

In the summer of 2006 it was announced that Malin was one of the top 20 houseguests eligible to compete in Big Brother 7: All Stars. Malin and Will Kirby deceived most of the house guests during the course of the season. Malin went home with $500,000 and the title of Big Brother All-Star Champion.

Malin appeared at the Fox Reality Really Awards, the All-Star Reality Re-union, Battle of the Network Reality Stars, and has appeared on Extra and Access Hollywood. In 2007 he appeared on Dr. 90210.

He appeared in the Enrique Iglesias music video for Do You Know? (The Ping Pong Song). In 2010 he appeared in the action film Gun, starring 50 Cent and Val Kilmer, in the role of Agent Monroe.

In 2011 Malin appeared with his business partner, Lonnie Moore, in the VH1 reality program Famous Food, where 7 celebrities compete for the chance to co-own and operate a new restaurant on Los Angeles’ Sunset Strip. Malin appeared as one of the two owners of the planned new restaurant whose planning and opening was the subject of the program. The new restaurant, named The Lemon Basket, is now open and operates as part of Malin’s The Dolce Group.[4]

He is also a member of the National Basketball Association’s Entertainment League, a celebrity basketball team.
Restaurant Operator

In 2001 Malin and a long-time friend Lonnie Moore opened a small tapas lounge on a strip of Santa Monica Boulevard in Los Angeles in 2001. While the original bar, Belly, is no longer operating, it grew into The Dolce Group which maintains several restaurants varying in style and cuisine in the Los Angeles area, Reno, and Atlanta.

The company’s restaurant and bar brands include the Italian restaurant Dolce, the “classic American” restaurant Ketchup, a modern Japanese restaurant Geisha House, the western tapas bar Johnny Smalls and the nightclub Les Deux, a club which was notably patronised between 2004 and 2006 by a number of LA’s high-profile celebrities, including Paris Hilton, Lindsay Lohan and Ashton Kutcher. The Dolce Group is currently working with VH1 on their reality show, Famous Food.

Malin is also partners with Will Kirby in the laser tattoo removal clinic called “Dr. Tattoff.”