Posted by Jonathan on December 31, 2011 in Blog, Entertainment, Events | Comments Off on Denver Art & Music Show

I just got hired as the official DJ for the Terminal Kings art show being sponsored by the University of Denver and The Denver Airport. In addition, I will be painting live daily with famous artists from around the world that have been hired to install hundreds of square feet of their Graffiti and Street Art into an exhibition that will remain in the Denver Airport for 5 years. My set will be from 2:00pm-4pm everyday and I will be playing some of the after parties and concerts as well. When I’m not on the wheels of steel, I will be painting. My art will not be going into the airport, but it will be awesome to work with such legends on any level… 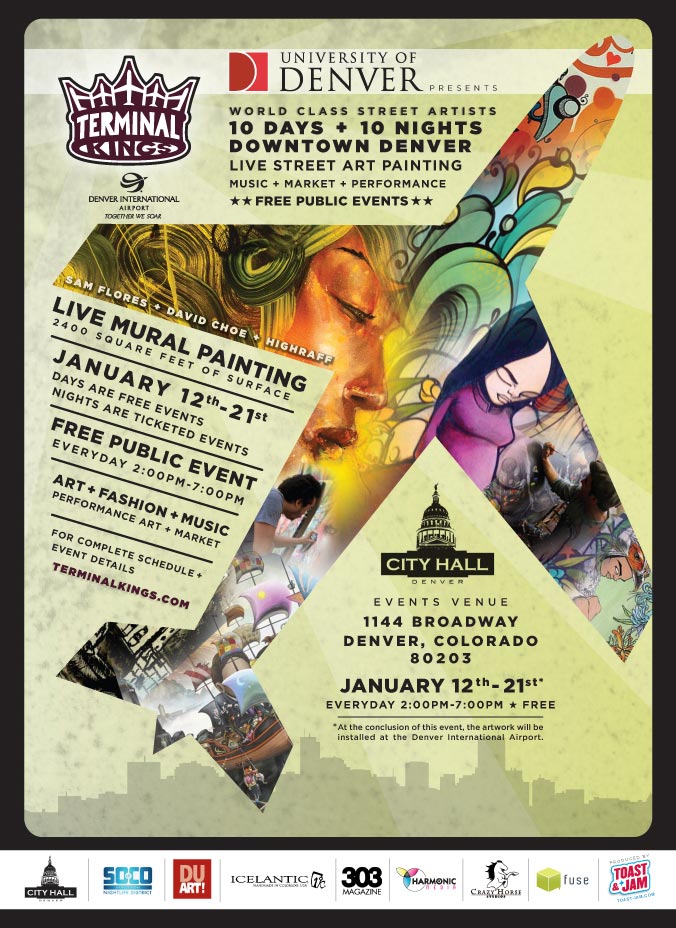 Terminal Kings is an amazing cultural and artistic project that brings world class street art to the Denver International Airport to be on display over the next five years. Denver International Airport is undergoing constant change. Constant renovations, improvements and maintenance frequently intersect with public use. To honor the flux of the airport experience, Denver International Airport, an agency of the City and County of Denver, has been authorized by the Commission on Cultural Affairs to pursue mural projects with three of the world’s most significant artists that have emerged out of the graffiti tradition. Graffiti is an art form that is born of change: itinerate, flexible and energetic. We are honored to bring such a high profile event to Denver.

David Choe (Los Angeles), Sam Flores (San Francisco) and Highraff (Sao Paulo) will each create an 8 ft tall 100 ft long mural that will be built on individually movable 4 ft segments that collectively will become the construction barricades inside the airport for all renovation projects over the next 5 years. Upon the end of the lifespan of this project some sort of permanent display will be considered. As part of this project a short documentary cataloging the creation of the artwork will be filmed and put on display in the airport for visitors to learn more about this one of a kind project.

The staging venue for the creation of these works of art will be located closer to the Denver downtown core, and will feature two weeks of live painting and events celebrating the creation of these pieces of art that will ultimately become an important backdrop at one of the major gateways to Denver. The completion of the artwork will be celebrated with a closing night Gala before the murals are relocated to the DIA where over 1 million people per week will view the final installations. The stature of these artists and the scale of their creations, will be a ground breaking event in Denver’s artistic community.

DAVID CHOE – Los Angeles
Born in 1976 David has wandered the earth making amazing art. He works in all mediums and can paint anything and everything, as well as on anything and everything. The breadth and depth of his work is truly astounding and can be found in every avenue of modern culture from comics,murals, magazines, books, t-shirts, commercials, posters, shoes, to fine art and live demos.
davidchoe.com 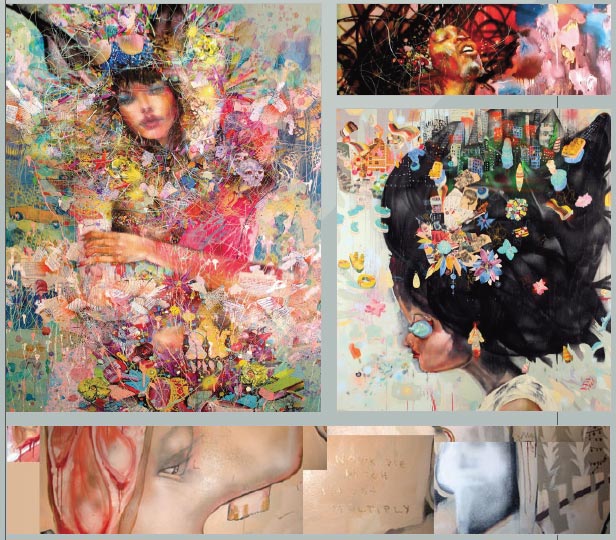 SAM FLORES – San Francisco
Some might say Sam Flores was born an artist. Painting and drawing since he was a little boy, Flores is always looking to develop his creative side, no matter how much worldwide success he has achieved. While his roots are as a graffiti artist don’t call him a street artist because his work now transcends the term and his works while still drawing inspiration from urban upbringings have become fine art highly sought after by galleries and collectors alike
samflores.com 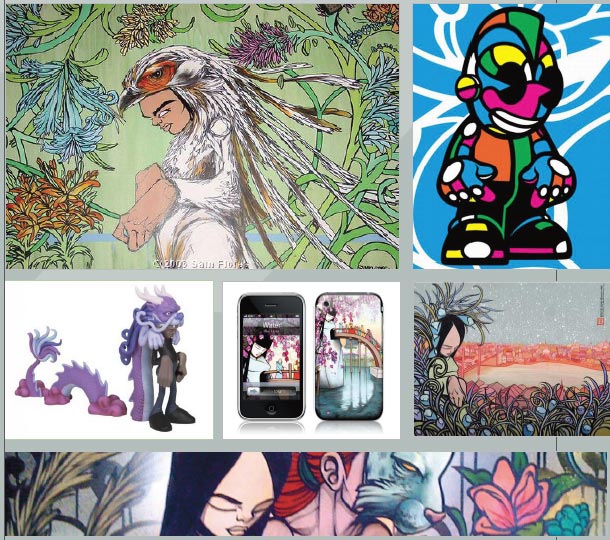 HIGHRAFF – Sao Paulo
Rafael Calazans Pierri (a.k.a Highraff) was born and raised in São Paulo, Brazil, bestowing him with huge city influences. Hitting the streets since 1997, Highraff created step by step his own style of art strongly influenced by graphic design, mixing graffiti, illustration, comic language and psychedelic art, the whole resulting in strong color combinations of organic forms with vectorial patterns. His whole work is a praise to the Nature and it’s elements and cycles.
flickr.com/people/ highraff 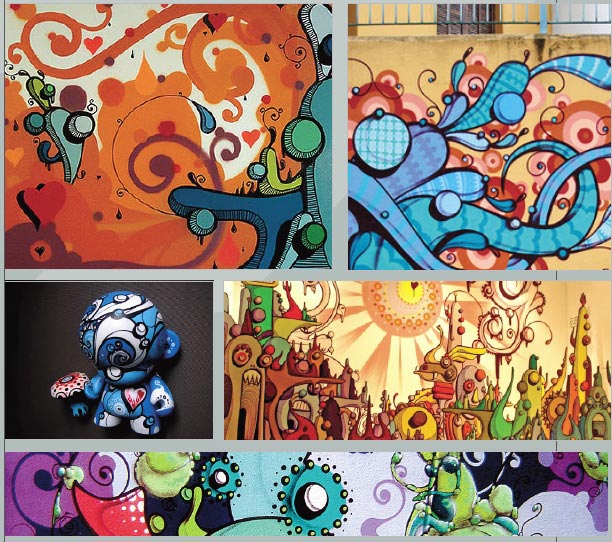 The event is being produced by Toast & Jam