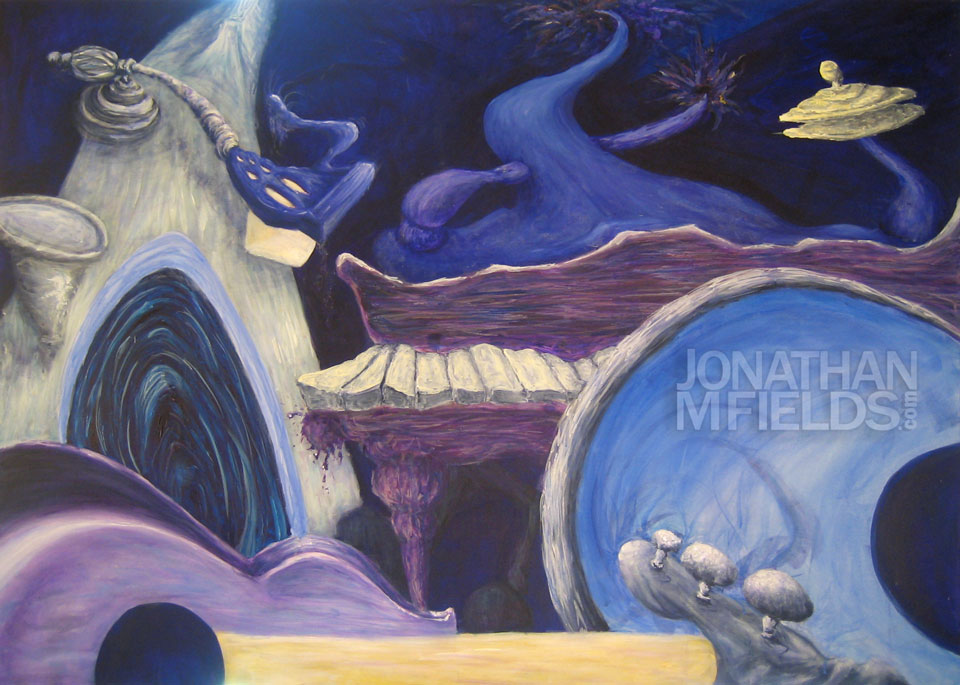 I put over 50 hours into this painting. In my mind, it’s still not finished but its one of my favorite pieces.

I love Jazz and I love music. This is a tribute to Herbie Hancock’s Rock It and the introduction of the turntable as a legitimate instrument into Jazz. “Rockit” is a song recorded by Herbie Hancock featuring DJ Granmixer DST, also known as DXT. DST is an original Hip Hop pioneer and old school Zulu King Bboy from the mid 1970’s.  He’s also a really cool guy. We’ve met on several occasions when I was DJing events in New York City. The song was released as a single from his 1983 album Future Shock. The song was written by Hancock, bass guitarist Bill Laswell, and synthesizer/drum machine programmer Michael Beinhorn.