Posted by Jonathan on January 27, 2012 in Blog, Fine Art, Paintings | Comments Off on Masada, Israel Painting 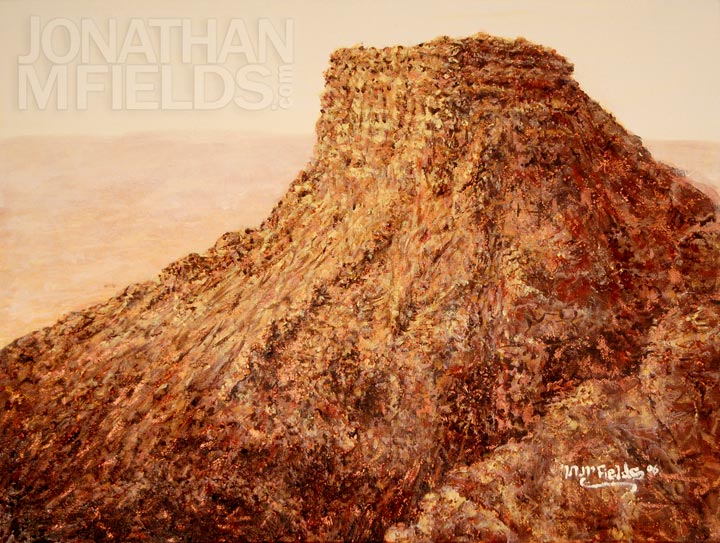 Painting of Masada in Israel

Masada (Hebrew מצדה, pronounced About this sound Metzada (help·info), from מצודה, metzuda, “fortress”) is the name for a site of ancient palaces and fortifications in the Southern District of Israel, on top of an isolated rock plateau, or horst, on the eastern edge of the Judaean Desert, overlooking the Dead Sea. Masada is best known for the violence that occurred there in the first century CE. In the final accords of the First Jewish–Roman War, the Siege of Masada by troops of the Roman Empire led to the mass suicide of the Sicarii rebels. Masada is located at 31°18’56″N, 35°21’14″E, about 20 kilometres (12 mi) east of Arad.